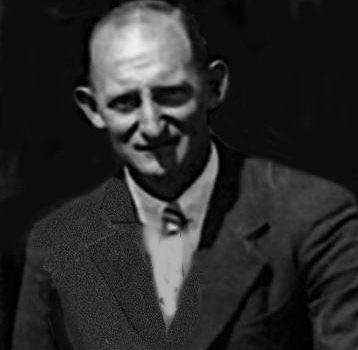 The Lynn Family was one of the original settler families under the Group Settlement Scheme arriving in the southwest and taking up land in the Bramley area in 1923. Bill Lynn Snr was a soccer diehard from the Margaret River district and was into soccer in that region when the association was in its infancy around 1928.

He took on the management of Bramley United in the early 1930’s and under his care won four consecutive League Championships plus three successive Cups. Bill was not a player himself at this point in time but had turned his hand to the administrative side of soccer. Some members of his family did play for Bramley United and other teams, namely his sons Cecil and Bill jnr. His other son Jerimiah Lynn had contracted polio as a youngster and was unable to participate as a player, but he was a great supporter of the game and can be seen on many of the old soccer team photographs of the day.

After the 2nd World War we find Bill Lynn as President of the Margaret United Soccer Club, once more to the fore helping revive the game after the war. His son Bill Jnr played in that Margaret United team of 1946, the sons also represented the Margaret Association on numerous occasions over the years. Both Cecil and Bill Jnr played in the Margaret Rep Team that won the South West Cup in 1939 at Collie, Bill Jnr was only fourteen at the time and is the youngest player to have played for a team that won the prestigious South West Cup.

The family also had three daughters who were also good supporters, Vi McGregor is one of the daughters and she has been a great help by assisting with information.

Bill Lynn senior was another stalwart that author Rowland Roberts believed worthy of praise for the hard work he had put into soccer in his region and was duly mentioned in the authors book in 1946, this book covered the first fifty years of soccer in West Australia.

Bill was inducted into the SW Soccer Hall of Fame in 2004.

We are lucky these early soccer individuals from the SW are remembered otherwise it would be lost for future enthusiasts and supporters.