The Blackwood United Football Club is now in its 10th season of soccer after being established in 2002. The club started its roots in the Lower South West Soccer league with a couple of junior teams. Some of those players who played in those first years are now 18 years of age this year and are cherry ripe for Senior Football. Most have been playing seniors for a year or two already but this season they are primed to make their mark on the South West Soccer Association. 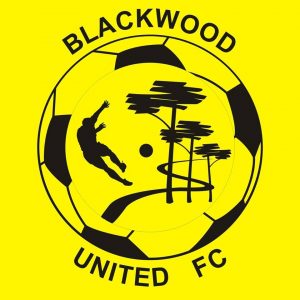 The Women’s team which has been steadily growing in numbers over the last couple of seasons sees the likes of Lauren Sinagra, Robyn Della-Sale, Shanni and Talia Lovett and Molly Hawkins taking the field once again and all are fine players in their own right and have served the club well over all the years.

It is a similar scenario playing out in the Men’s team with Charlie Hawkins, Connor O’Callaghan and Scott Maugher playing once more and all three played in the clubs first season. They have also been joined in the senior ranks by other long serving juniors in the way of George and Harry Marsden, Tom Vowles, Kyle Gorman and Jordon Bailey. The majority of these youngsters is more than ready to take the step up and will surely be full of confidence at senior level. The team will have a very good mix of youth and experience this season so the club is expecting a higher than the normal mid table finish in the league table.

Club President Steve Hawkins has been at the helm for the clubs 10 years and is chuffed to bits with proceedings. The Blackwood club houses at the Balingup Oval and it has seen many an exciting fixture take place over the years. The senior teams also occasionally enter in to the Perth Metro cup competitions and this year is no exception with the Women nominating for the Women’s State cup. The Balingup Oval now boasts a fantastic set of new floodlights thanks to the clubs continued hard work and good relationship with the Donnybrook Balingup Shire. The lighting is more than adequate for league fixtures Hawkins said, with the lights aimed squarely at the main pitch. They went up in August last year and were christened by a Women’s league fixture game between Blackwood and Dunsborough Towners FC.

The club is tipping a top four finish for the Men’s team and the Women will be knocking at the door of League Champions.