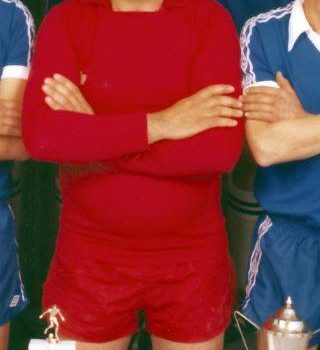 Domenic commenced playing senior soccer in the early 1960’s for the Collie Club of Inter Collie, his playing career was almost entirely as a goalkeeper. He represented the S.W.S.A, in their representative teams on numerous occasions as a senior player and in his twilight years as veteran player.

In 1972 he was a founder member of the Collie club that joined the S.W.S.A., and in 1981 was the instigator and a founding member of a new Collie club named Inter Collie. Domenic also rekindled the interest in junior soccer in the Collie region for who he worked tirelessly for over many years.

After his playing days were over Domenic qualified as a referee and commenced refereeing in the S.W.S.A., Leagues, he is a Life Member of the Refs Assoc. During this period he was still involved with the Collie Junior Association and was also a member of the West Australian Junior Soccer Association.

Under the auspices of the West Australian Junior body he coached the W.A.Country U/15 team in the Kanga Cup in 1996 at Canberra, this team were Runners / Up in this Championship, Domenic coached the U / 15 at these championships over a four year period.

Domenic has received many awards both for playing and non playing over a span of many years. A measure as to his determination and love of our sporting code can be found in the fact that he broke his leg twice while pursuing his soccer dream.

Inducted into the West Australian Hall of Fame.
Domenic Italiano will be remembered for his undying endeavor for Collie soccer and the tremendous contribution he has made to southwest soccer.

Tickets now on sale for our end of year event. We look forward to celebrating another great year of football with you all. Purchase tickets at: events.humanitix.com/swsa-awards-night ... See MoreSee Less

Master's Football heads to Geographe this week. Come down and support tonight from 6:30pm- It is sure to be a great night. ... See MoreSee Less