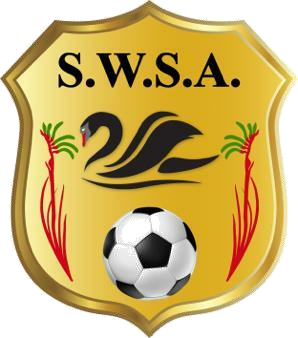 Four goals  in 5 minutes underlined  Dynamos dominance over Bunbury United in the South West Soccer Association’s Charity Shield game on Sunday. With a very fit looking Dave  Murphy leading the midfield proceedings Dynamos took control almost from the kick off. But it was the 8-2 final score line that certainly surprised many local soccer followers. Striker Jack Menzies opened the scoring in the 7th minute after benefitting through some unconvincing United defending. Then just prior to the half time break Dynamos hit top gear with goals to Corey Barclay, Chadley Edwards, Kosta Koukouva and an unfortunate own goal. Despite being outplayed, United’s Cam Marra and Bob Hoveling were most competitive and diligent throughout the 90 minutes. However it was Dynamos who grabbed another three goals in the second half whilst  Hoveling was rewarded with two goals late in the game.

Hay Park United met a strengthened Dynamos in the Ladies Charity Shield and were made to work hard before recording a 2-1 win. With key midfielder Hayley Castrilli unavailable it was Rebecca Koteku who gave Hay Park a half time lead.  The industrious Elisha Du Bouay doubled  the Parkers lead midway through the second half with a well taken goal. Dynamos Aimee- Lee Wood  then finished from close range to bring her side back into contention. But some no nonsense defending by Flora Gibbs and impressive work out wide by new signing Savannah Olsthoorn ensured that the Charity Shield remained with Hay Park for another season.

This Sunday the season proper begins with most  interest in the men’s competition being in the manner in which a youthful South West Phoenix side handles it’s away game against a hard running Margaret River outfit. The game of the round in the Ladies Premier League will be at Australind where the home side host Lisa Ward’s Dynamos team.