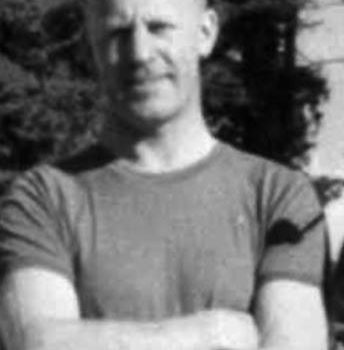 Ken commenced playing in Bunbury soon after his arrival from Yorkshire England in 1953, after only being in the country for two months he was selected to play for the South Western Associations representative team. Over the next fifteen years he was an automatic choice to play in these representative teams, Ken was no doubt one of the southwest’s outstanding players of the 1950’s and 1960’s. It was not unusual for Ken to be chaired off the ground by his team mates when they played the big games against the W.A.Team or visiting teams from Perth.

Many of the teams from Perth who Ken played against offered him contracts to play in Perth but he declined any offers and remained in Bunbury, except for a short period with North Perth.

He played for the old Bunbury Soccer Club and then in the inaugural Laporte.S.C. team. His last game was for the Bunbury veterans team the Cavaliers in 1981, his playing career lasting thirty five years, twenty nine of which were played in the southwest.

Ken tried his hand at coaching and was a long serving member of the S.W.S.A’s Protests & Disputes Board.

Some of us played with and against Ken Sears but it was in the 1950’s and early 1960’s when Ken was at the pinnacle of his soccer career, observers and pundits of the day recognized Ken as being an outstanding SW player of that era.

Ken was inducted into the SW Soccer Hall of Fame in 2004.